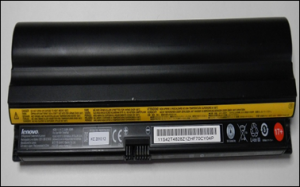 The affected models are listed as follows:

The affected battery packs can overheat, presenting a risk of fire. Presently (April 2015) 18 incidents have been reported worldwide with none reported in Ireland.

In order to determine whether your battery is affected, please see the Lenovo recall webpage, which also contains further information and FAQs:

Until a replacement battery arrives, Lenovo advises you should turn off the system, remove the battery, and only power your ThinkPad by plugging in the AC adapter and power cord.