Debenhams is voluntarily recalling its Best Buy Value Steam Iron Model S13WH. The iron is potentially dangerous due to a fault identified with the cable and the cable guard.

This recall applies to Model No S13WH, which has been sold under the following batch numbers. The batch number is located on the rating plate on the heel at the back of the iron. The affected batch numbers are: 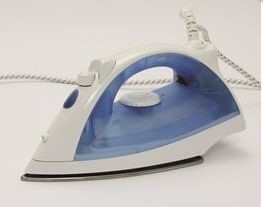 This product has been available at Debenhams stores in the Republic of Ireland, the UK and online at Debenhams.com and Debenhams.ie, between June 2011 and  April 2013.
336 models have been sold in Ireland.

If you have this iron stop using it immediately and return the item to any Debenhams store for a full refund. You can also contact Debenhams Customer Services on on FreePhone 1890 946 779 Monday-Friday 8am-11pm, Saturday-Sunday 8am-8pm.